Consciousness is a byproduct 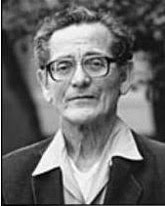 Intuitively most people think that what we do is mediated by our consciousness. In other words, when I decide to raise my arm it is because I made some sort of conscious choice in my brain which then resulted in signals going down my corticospinal motor pathway and out to the muscles in my arm.
I think that this is wrong. What is going on rahter, is that after the signal telling my muscles to contract have left my brain, then we become aware that this is the case. In other words being aware of what you do is merely a sort of byproduct, or epiphenomenon if you want to use a more academic language.
What is the evidence for this you might ask and I may answer what evidence do you have to support that our conscience can move an arm? However, I can do better than that because it turns out that there is indeed experimental evidence, produced by Benjamin Libet, suggesting that our consciousness is a byproduct. Benjamin Libet's subject were asked to do a very simple motor task, namely flex their index finger, they could to this whenever they wanted to. Libet wanted to measure the timing of three things, first when the muscle activity in the finger started, he did this using EMG electrodes which has high precision. The second variable he wanted to measure was when the brain activity leading to the action started, this was done using EEG scalp electrodes which like EMG has high temporal precision in the millisecond range. The third and perhaps most crucial variable Libet wanted to measure was when the conscious intention to flex the finger came. To do this he had a type of clock in which one arm would go a full revolution in 2,5 seconds. His subjects were told to report where the arm on this clock was when they first intended flex their finger.

One would expect that if indeed we first intend to do something and then do it (which is a very intuitive scenario I will admit), if this is so then the flexing of the finger should occur subsequent to when the subject reported their intention. However, this was not the case, rather the flexing of the finger occured quite a while (approximately 500 milliseconds) before the conscious intention. The conclusion from this is that the brain knows that it is going to do something before the person does, or to be more precise, the part of the brain that handles motor initiation first do its thing, then after that the information is given to the part of the brain that mediates conscious awareness.
Many people when they hear this draw very radical conclusions, such as, why should we punish people if they do not have free will, or why should I care about anything, or do anything, what prevents me from becoming a nihilist. I one thinks about it, these conclusions are (at least in my opinion), unwarrented, but nevertheless interesting. I have touched upon these subjects before Perhaps they will be the topic of a later post...
Upplagd av rasmussenanders kl. 00:00